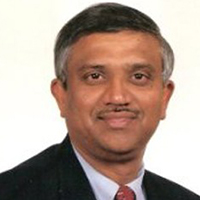 Education: EMBA, Georgia State University
Summary: Chand Akkineni was a past member of the TIE Global Board of Trustees and a past President of TIE-Atlanta. He had started TIE LinkedIn group from scratch and grown it to 25,000+ members worldwide. Chand has been involved with the IT industry since 1979 starting his career with TATA Consultancy Services in Bombay. Chand has an EMBA from the Georgia State University and a Masters in Computer Science from IIT-Bombay. Chand has been a serial entrepreneur since 1991. His first company Capricorn Systems was included in the Inc500 list of fastest growing private companies in US for two successive years. He took his offshore development center, SoftPro Systems Limted, to Public in India. In 2008, he had started an IT job portal, ITJobCafe, for the US market. He also manages IT Services companies – SoftPros, Inc. and SoftPro Global. Chand is a community leader in Atlanta associated with India American Cultural Association, Telugu Association of Metro Atlanta, Georgia Indo American Chamber of commerce and others.