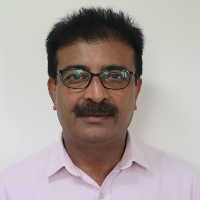 Summary: Dr Padmanabh M Reddy, MD, DCH is a Pediatrician-Neonatologist with over three decades o experience in caring of newborns and children. He currently serves as CEO of NICE Foundation and Director of NICE Institute for Family Health. He was invited by WHO to the Division of Neonatology, Department of Pediatrics, University of Illinois at Chicago and he also had a clinical attachment at St.Thomas Hospital/Guys Hospital, United Kingdom in Neonatology.

In 2002, he started an organization known as, “NICE Foundation”, which was registered as a charitable trust, with a goal to accomplish and achieve a powerful impact of saving lives. He has to his credit, creation of various models which have been strategically conceptualized, designed and created at several Newborn units in best of the hospitals in Telangana. The NICE hospital for Women, Newborns and Children was created to cater to the deserving and needy, a mission to realize his objectives and vision.

The organization focused on four major sections of the populations:

(a) Young ones- the newborn and Children

(b) Most deserving- the government school child

(d) Reaching the last mile – Primary care for elderly and everyone

Dr Padmanabh Reddy has been proactively designing Intervention models for implementation in Urban, Rural and Tribal settings. One of the programs that was implemented in Nagarkurnool has been a huge success where, 25% of Newborn Mortality was reduced. Seeing the success of this program, a similar intervention is being implemented in partnership with International agencies in Satna district in Madhya

The famous School Health Program or the Shala Swasth Karyakram is a replication of his model of the Schoolchild Healthcare Plan, which was taken up for replication in the country in the 11 th Five Year Plan. He has created various model on Reproductive Health in very tough tribal terrains of Andhra Pradesh. Dr Reddy is currently focusing on the provision of Primary Healthcare at the doorstep of villages in Telangana and Andhra Pradesh to over more than 2,00,000 populations, esp the old citizens who are left at home without help and support.

He has been recognized at various levels at National and International forums and has been advisor on various platforms.