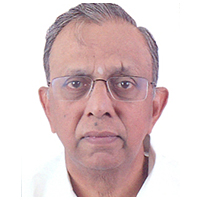 Dr. Ranga Raju in 1999 promoted a company by name ‘Sai Dru Syn Laboratories Limited’ and lead the company through a period of fast paced change through expansion, acquisition and mergers to be Chairman of what became ‘Sai Advantium Pharma Limited’, a leading CRO & API manufacturing company in India. He was instrumental in increasing the turnover of the company from Rs.15 crores in FY 2004 to Rs.540 crores in FY 2018.

Dr. Ranga Raju has travelled abroad extensively for academic and for company’s business purposes. With his excellent contacts and reputation in the Pharma Industry, Dr Ranga Raju has played a proactive role in the development and growth of Sai. During his term as the Chairman, the Company received investments from Private
Equity Firms viz; Sequoia Capital, MPM Investments and funds of Tata Capital. Tata Capital made an exit from the company by selling their stake to TPG Capital, one of the largest Private Equity Firms in India, through a secondary transaction.