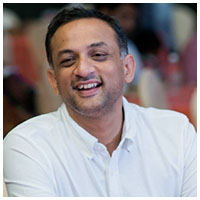 Mr.Shobu  initially he worked as an Air Resources Engineer in Greater Los Angeles Area for California Air Resources Board. In 2001 he established Arka Mediaworks with Prasad Devineni.