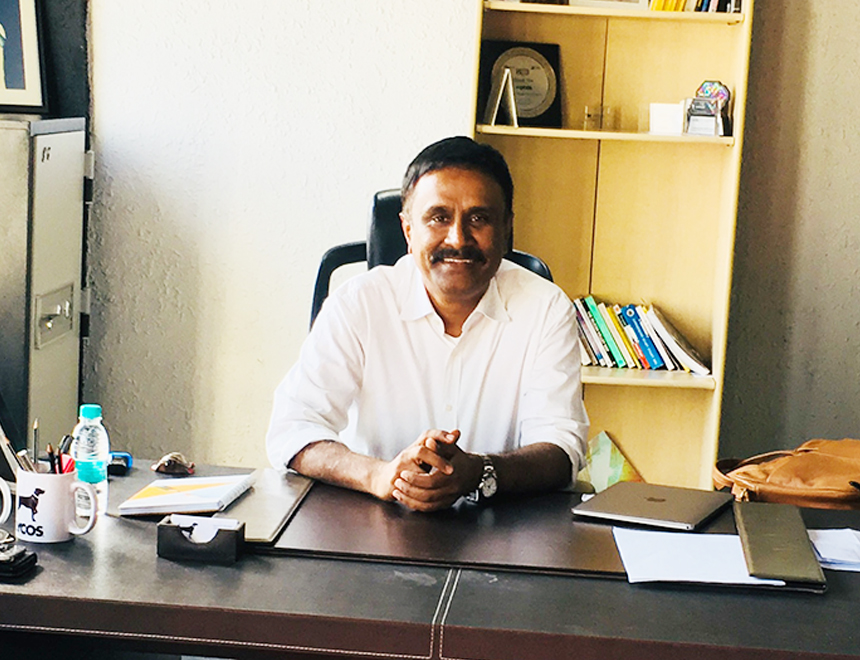 Behind the soft-spoken Suresh Reddy is a resilient entrepreneur with an uncanny ability to raise $100 million to acquire and consolidate dozens of ad network firms across the globe. His digital marketing company “Lycos Internet” is an India-listed company with Rs. 2500 crores in revenues from offices in 24 countries.

In the 1990s and before the era of Google, Lycos and AltaVista were the internet. GeoCities and Tripod were the web sites. Lycos changed hands and its offerings over 20 years to be christened as Lycos – Internet of Suresh.

The Lycos Hyderabad office is welcoming with vast open spaces and ventilation. Double story ceilings, open cubes, glass walls and doors with a black and white interior blend that goes well with Lycos logo and theme. “I asked my interior designer to see the movie Intern before coming up with this design”, said Suresh. “We leveraged the high ceiling, pillars, ducts and pipes of the shell to make a highly elegant design at a low cost.”, he added.

Early life
Born and brought up in Bangalore and high schooled in Hyderabad, Suresh graduated along with his hostel friend Arvind Kejriwal, current Chief Minister of Delhi, as a mechanical engineer from IIT-Kharagpur in 1989 before doing his masters from Iowa State. While working at Caterpillar in Detroit in 1993, he visited India just for ten days and returned with Laxmi as a married man.

Riding the Dotcom Wave
In 1994, Suresh and his childhood friend Vijay Kancharla came up with the idea of Greeting cards for Christmas. They called it USAgreetings.com. They were doing this as a part-time gig, but it attracted so much traffic that ISPs used to call them again and again to upgrade their servers. In 1998, his then Russian colleague from Charles Schwab and a classmate from IIT joined them and the four of them opened their first office in San Francisco with Hyderabad as a back office. Investor partner MediaRing from Singapore gave voice to their online greeting cards using VOIP. Within a year, they had built 10,000 greeting card designs with the support of their Hyderabad office.

As a backbone of Ad Networks
With the dotcom craze and bust, they realized markets need digital marketing. Demand for digital marketing for online ads has gone up. Post dotcom crash, sites that got content with traffic transformed into Ad networks that connect publishers with advertisers. USA Greetings was rebranded as “Ybrant Technologies” and has become the backend technology for ad networks. Ybrant soon had grown to 150 clients from 2001 to 2005. Revenues were stuck at $5 million range for few years.

Organic to Inorganic
They wanted to do forward integration. Though they understood Ad Networks, they didn’t know how to get the advertisers. Growth was getting tougher and they decided to acquire their own customers to bring in inorganic growth. There were big specialty players like Valueclick, Aquantif, 24X7 Real Media and Blue Lithium.

“We have approached some of our clients. One was in banner, one was in email and one was in international markets. We bought all these three clients one day with 20% as down payment. We told them we pay the remaining 80% within 6 months to 12 months. If not, they can have their company back. It was a very good deal for them.”, said Suresh.

Suresh and team got Samsar capital to invest $20 million and used the surplus to acquire more. Between 2007-2010, they made 10 acquisitions. They brought in Asia Pacific capital, Oak investments & Battery March funds together and all in all they raised $100 million.

YBrant Digital to Lycos
They picked ad market specialists by each vertical. As they started venturing into ad network business, they called themselves Ybrant Digital.

“In 2010, we bought Lycos. First time, we got into publisher business. To our backend, first ad marketing, and now Lycos media was added. Since Lycos got the big brand, we rebranded Ybrant to Lycos.”, said Suresh with a spark of excitement in his eyes.

In 2014, Experion, one of the four credit rating agencies of US, wanted Lycos Internet to acquire their portfolio companies Pricegrabber, Lowermybill and one more. “Then the deal fell through and meanwhile we got Lycos Internet public in India through a merger.”, said Suresh.

Future
Suresh bets that the Internet is going to be an all-pervading medium with IoT.

“Keeping this in mind, we built Lycos Life, a band to tag and identify you as a user in this all-pervading medium. We attached fitness to it as immediate value for people to purchase our product though long-term goal is to make you interact with internet without a phone. We are still betting high on the shift from “people learning internet” to “internet learning us”, added Suresh.

Bhat) Describe yourself in three words. Your family members Too?
Suresh) Risk taker, clarity seeker and people’s person. Daughter is idealistic and son is street smart. Wife is a very good mother.

Bhat) What is one thing you own you wish you didn’t?
Suresh) I own up my assets. If an asset I have didn’t work for me, it makes me resilient and I will make it work.

Bhat) What would be your lifelong dream?
Suresh) Create a brand of very large global significance. Make it part of daily life of people.

Bhat) If you are stranded in an island, what two things would you want with you?
Suresh) My family. Coming to things, after basic necessities such as food and water, I want music and a book.

Bhat) What compliments do people give you most?
Suresh) Resilient. Goes after anything that he has put his focus on.

Bhat) What have you done that you are most proud of?
Suresh) Started from nowhere and created lot of employment and product services.

Bhat) When was the last time you laughed out loud?
Suresh) A week ago. Frequently.

Bhat) What is the first thing you think in the morning?
Suresh) First thing in the morning, I get an insight on cause of discomfort from the prior day. I sleep very well. My Lycos Life band revealed to me that early mornings are deepest in sleep. I started waking up little late.

Bhat) What will you never do?
Suresh) I don’t want to say anything. I am fine with whatever it is.

Bhat) What do you fear the most?
Suresh) My retirement which I don’t have a hard stop as an entrepreneur.

Bhat) What frustrates you?
Suresh) Rudeness of others. Sometimes my own rudeness.

Bhat) You are an IITian, your daughter is a IIITian and son is at IIT. Is this by design?
Suresh) I was in Bangalore with family many years ago. Impromptu. I took my kids through all the places in Bangalore that I lived and studied and showed them all. I went to my old school. That night I was disturbed. Next day, something bothered me. At the next opportunity, I took the kids to IIT Kharagpur. I showed them around. It caused some discomfort in me that night again. When I showed schools around, it might have put some thought in our kids. After high school, my son told me to give him three years to pick up on his grades. Both the kids were not class toppers till 8th, then they started getting better. My daughter got into Ramayya.

Employee testimonials
“We are like a family. 60% of the workforce is twelve years old. They stuck with us during thick and thin as they believe in the management. We are proud of our brand. Everyone is treated like a family member, we all pitch in for each other. Those who left us keep coming back to us.”, said GM Krishna Mohan.

“Suresh inspires everyone and is a great mentor. He treats everyone the same right from the office boy to GM. He is highly accessible, and we feel free to talk to him.“, he added. 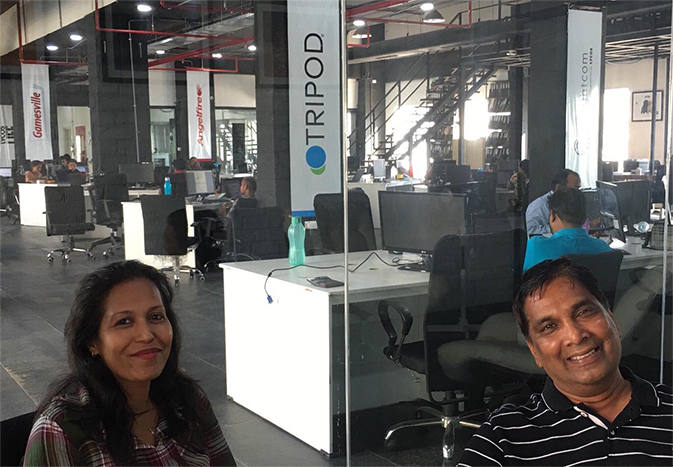 “Lot of freedom at work. Suresh is a great mentor. He connects with us well, makes learning in life as well as learning in work easy and shares about leadership, life and philosophy. I have every day learning. We discuss work on devices. He is open to receive feedback. Lycos is fun and vibrant place.”, said Rema, Lycos spokesperson.

“When we moved into this new office, we made a video that got popular. We had the whole script written with story boarding and professional videography.”, ended Rema.

Watch out. His next move will be from Lycos Internet to “internet that learns on its own”. It is only a matter of time before Lycos will be riding on a happy bunch of employees and billions of dollars. Self-disrupting Suresh and his loyal team got the character and resilience to get Lycos to get bigger and better.

Written by Bhat Dittakavi of Variance.AI on “Suresh Reddy: A tale of Resilient Leader” on 2nd Feb 2018 as part of TiE Today Series, a TiE Hyderabad initiative. 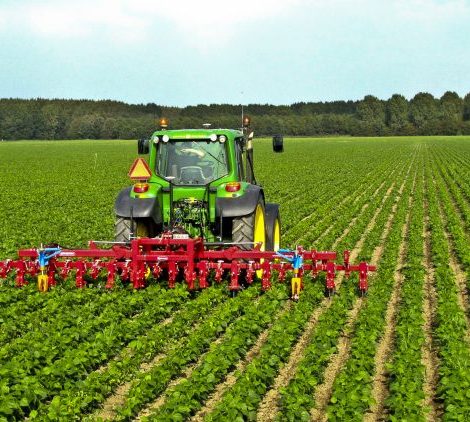 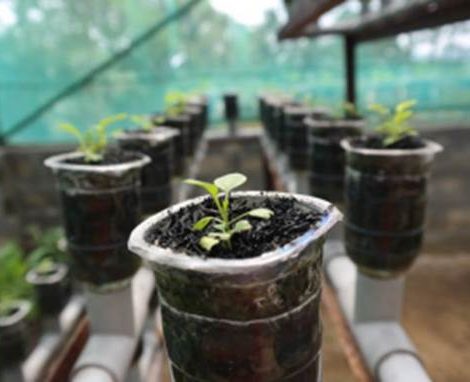 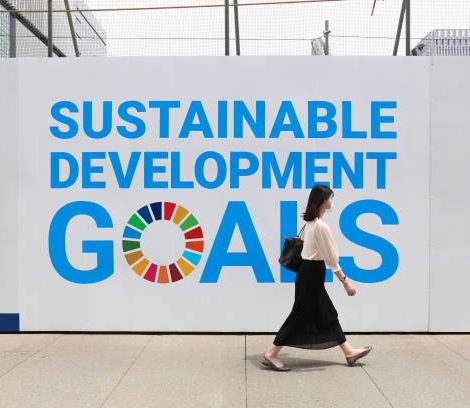